Sometimes when I was little, bats would get into our house. We were never quite sure how they entered, but yelling always ensued.

“Get the net!” My parents would shout. “Where are my gloves? Shut the bathroom door! Now where the hell did it go?”

The end goal was to release the bat back outside, but it often took some wrangling. Sometimes the bat would be injured by one of our cats, but my parents always tried to treat them kindly. During these episodes, I would hide under the covers of my bed to avoid being bitten, afraid of the possibility of rabies.

One night, I must have been ten or eleven, a bat got into the house during a thunderstorm and was pursued by my seasoned bat-wrangling parents. I lay sweating under a blanket as my parents chased it around the house and eventually out the front door. When I woke up the next morning, I had a small scratch near my left eye.

I’ve been bitten by a bat, I announced as I came down the stairs to breakfast. My dad examined my face and ventured that perhaps our cat Greta had scratched me during the night when she was leaping up to join me on my pillow, as she sometimes liked to do.

My panic did not seem to affect anyone else in the house, for later that day my mom dropped me off to play at a friend’s. I showed the mark near my eye to my friend’s mom and watched skepticism flicker across her face. Indeed, as I recounted the events of the previous night, I saw that there was little connecting the small scratch on my face to the bat my parents had been pursuing the previous evening. But bouncing on my friend’s trampoline under the clear blue Wisconsin sky, I couldn’t shake the belief that I had been bitten, despite the evidence.

In seventh grade, we learned that my cat Mr. Shnuggly had FIV, or Feline Immunodeficiency Virus. I bawled for him and my own safety. How many times had I leaned over to kiss his furry gray forehead after he’d groomed himself, and had accidentally slurped up his infected saliva? And what about when I’d let him lick whipped cream off my finger and then had that finger find its way into my own mouth? Never mind that AIDS can’t be transferred via saliva, let alone between species. There was a possibility I had been infected, I was sure.

In high school, I liked to shop. I feel terrible about this now because it was my mother who had to drive me, and she definitely didn’t like to shop. One day we were pulling into a parking spot at the mall, about to drop some cash at The Gap or something, and she complained about an itch in her eye. I offered to look at it for her, and when she pulled down her eyelid I noticed a terrifying dot along the inside of her lower eyelash. For the rest of the day I was feverish, imagining the appointments we’d have to go to, the many procedures that would be required to remove the disease, if it was curable at all. My enjoyment of my new jean jacket was clouded with the thought of my mother’s encroaching death. A couple of months later, I learned in an unrelated situation that the little speck I’d noticed was a tear duct.

In college, my freshman year, I met a young man named Alex. He was dating one of my classmates, but did not attend the college we did. He broke up with his girlfriend a while into the school year, and we became something of a couple. When I went home for the holidays I wrung my hands over the possibility of him getting back with his old girlfriend — or perhaps a whole new person altogether. I imagined him embracing a stranger and nearly convulsed. It was a very unpleasant visit for my mom and dad, who could have better foreseen the actions of a rabid bat. The twenty-two-year-old they picked up at the airport was less predictable.

As it turns out, Alex was seeing someone else. As I lay in my childhood bed that Christmas, tossing and turning and trying to find some peace, he was rolling around with some girl and calling her babe. I burned with rage and jealousy and self-righteousness. I knew that had been a possibility all along! Had the energy I’d burned worrying eased the pain of finding out? I didn’t consider that. I just knew that things that may happen do happen, and I wanted to exert some control.

A year later, I met another man. After some wheedling on my part, he professed his love for me. Again, I left him at school while I went home for the holidays. Each night I imagined his beautiful bristly cheek nestling up against a cheek that wasn’t mine. This insecurity caused some problems in our relationship, and I was anxious to explain why. I blamed it on my romantic past: it’s because of what happened with Alex, I thought.
But I guess what I’m trying to get at is that it had nothing to do with Alex, not really. It was me. It’s always me. There is always something I’m trying to account for, always some unknowable variable I try to work into the equation. The “bat bite” looked clearly like a scratch, not a bite. But it could have been one. And that’s what gets me. I’m always treading water in the sea of “could,” which actually contains no water at all. Just the possibility of it. But still, I fight to remain afloat. And I’m noticing that the less I tread, the less water there is to navigate.

Calyx Reed is a writer living in Portland, Oregon.

We began without any seed money and rely on reader support to fund our operations. This includes costs like managing our website, hosting our podcast, as well as our mission to begin paying contributors.

If you like what we do, believe in platforming conversations about literature and mental health, and want exclusive access to bonus content, please consider joining our Patreon. 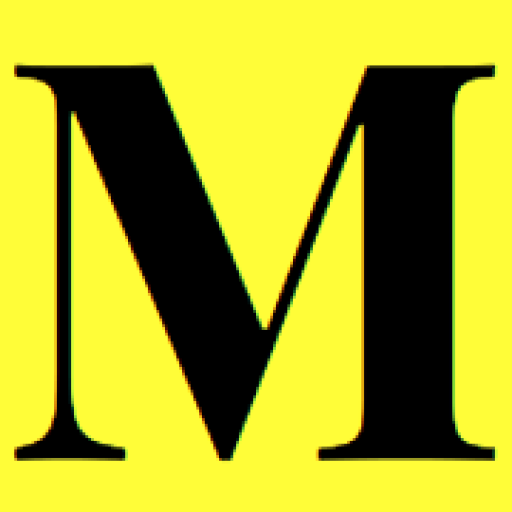 Make a one-time contribution. You may contribute as much as you'd like.

Social media is abuzz with whispers of a “twee revival.” @kersplatski did the lord’s work and made it a playlist. talk vomit dot com or link in bio.
“Buonanotte, Eddie” our latest short story by Ed Weisman is live on the site #linkinbio
🚨 Book Club Alert 🚨
You know what that means. The latest installment from Benjamin Davis is on the site. Talk vomit dot com.
a little hello from the talk vomit editors, but in a spooky way
This month, we launched a new column by @zoenoumlaut that will feature q&a-style interviews with editors and people who generally read submissions. So much of the lit and art world is shrouded in the unknown, and in true Zoe fashion, she is asking: Why?