It wasn’t really a dance because some of the girls, Baptists and Nazarenes, couldn’t go if there was dancing, so Campfire said it was a city-wide boxed supper for all the Bluebirds and their dads.

My father said that was ridiculous, catering to Bible thumpers.

On Saturday morning, the day of the dance, she said we’d make fried chicken, my father’s favorite, for the supper. “He loves it cold,” my mother said.

My sister Suzie was in the kitchen with us and I wanted her to leave so it could be just me and my mother working in the kitchen. She’d looked a little sick at the sound the bones made when my mother pulled apart the bird so, hoping to drive her away, I pointed to its thick flesh, said, “Look, that chicken has pimples.”

“From where the feathers were attached,” my mother said and Suzie stayed, got to do everything.

We both got to drop the chicken piece in a paper sack and shake it to coat it with flour. She did the actual frying, didn’t want us splattered by the hot grease.

We made brownies too. “Your daddy has a sweet tooth.”

While the brownies baked we spread cream cheese into the hollows of celery sticks. Suzie sulked about not going so my mother let her pack a shoebox too. “We’ll have our own boxed supper.”

I wanted to get dressed up because I knew the other girls would but I’d outgrown my party dress. My mother said the Campfire leaders wanted us to wear our Bluebird uniforms and helped me dye the white Mary Janes I’d gotten the previous Easter to match.

My father had spent the day duck hunting with a friend and came home after dark, cold, dirty, exhilarated. He’d gotten his limit. The dog, Finn, needed a rub down, he said, and he should clean the birds now. My mother reminded him of the boxed supper, said she’d take care of Finn.

He was reluctant. “You’ve got to go pretty deep for it to do any good.”

I saw the look she gave to remind him I was listening. It was because of her he said the birds would be cold enough in the garage, and, imitating Charlie Chan, said he’d better get ready because he was stepping out with his “number one daughter.”

I didn’t like his saying it either because it reminded me of school talk of doing number one or number two.

My father told Suzie it was a reference to birth order, nothing to do with affection.

When it was time to leave I showed my shoebox to my father. “You’re going to like what’s in here,” I told him.

The junior high gym, where the supper was held, was decorated with light blue crepe paper streamers, and I was excited, thinking if I went to a dance when I was a high school girl, it would be like this.

My father looked at the vases of pipe cleaner flowers banked around the punch bowl. “What a waste of time.”

I saw the yellow flowers I’d made at Bluebirds last Wednesday. It seemed to me they were sloppy, less flower-like, than the ones the other girls had made, so I did not call them to my father’s attention as I’d intended.

Some of the fathers were playing jump rope with their daughters, swinging the rope for them, or taking a turn themselves, making the girls laugh, but my father fell in with a man he knew from work, started talking to him about the Army, and told me to make friends with his little girl, Nancy. I didn’t know Nancy but she was nice and we had fun playing spies, holding our fists up to our faces and talking into them as if they were walkie talkies. My shoes were beginning to pinch so I kicked them off and we ran around under the bleachers with other unattached Bluebirds. Come in, Agent 99. What is your position?

After a while, the leaders rounded us up, told us to sit down with “our best sweetheart” for supper. When the prayer was over my father said he hadn’t seen me jumping rope. I’d been hit in the face with the rope at school last spring and he knew I wouldn’t do it unless made to. “She just doesn’t try,” he said to Nancy’s father. “Some little thing goes wrong and she gives up.”

My father did this often, expressed dissatisfaction with me to another adult, sometimes expressing humorous frustration as he did then. “‘Fraidy cat.”

I could feel Nancy’s father looking at me, but I didn’t look back. “To our daughters,” he said, after a while, holding up his paper cup of punch.

I was glad to see their dinner, bologna sandwiches, apples, and some Tootsie Rolls Nancy said were the last of her Halloween candy, wasn’t as good as ours.

“I’m surely liking this dinner,” Nancy’s father said, “that my girl made for me.”

“My wife made ours,” my father told him, nodding toward me. “You can’t expect much in the way of initiative from that one.”

I didn’t understand what he’d said but I knew it was a criticism and I was embarrassed. Nancy’s father seemed embarrassed as well though I didn’t know why that would be.

At one point, though they were still eating, Nancy put her hand in her father’s. He looked down and smiled at her, pulled her closer to him.

The other part that stands out was when it was time to go. My father told Nancy’s father he’d enjoyed talking to him, was glad he’d gotten to know him better. His response was polite but he was less cordial than he had been earlier.

I didn’t know why Nancy’s father cooled toward my father. They’d laughed together several times and I envied what seemed to me to be the ease between them.

My father seemed confused, even hurt. I tried to distract him. “I’d never even heard of a Father-Daughter boxed supper before! I had no idea it would be so much fun. I had such a good time. This was really fun.”

“Got it,” my father said. “You only need to say it once. Or you could just keep your mouth shut. But you can’t do that, can you?”

He looked down, saw my stockinged feet, gave me a shove. “Get your shoes. Hurry up.”

I ran to the bleachers, awkwardly, because I knew he was watching me, and tried to think of something nice I could do for my father. Making things, reading the newspaper and commenting on what I’d read, or repeating jokes I’d heard at school hadn’t worked in the past. What was needed, I thought, was something showy, something he’d really like, something to make him recognize my worth, something big.

Jane Snyder‘s stories have appeared in X-Ray Lit, Across the Margin, and The Writing Disorder. She lives in Spokane.

We began without any seed money and rely on reader support to fund our operations. This includes costs like managing our website, hosting our podcast, as well as our mission to begin paying contributors.

If you like what we do, believe in platforming conversations about literature and mental health, and want exclusive access to bonus content, please consider joining our Patreon. 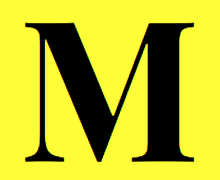 Make a one-time contribution. You may contribute as much as you'd like.